OpenAI's ChatGPT as the ultimate form of abstraction 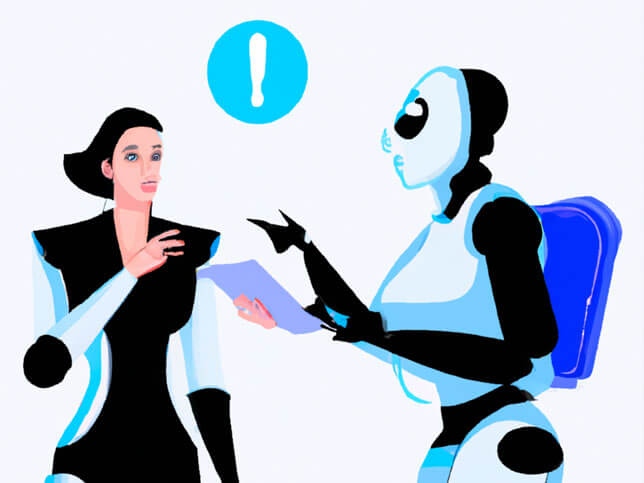 DALL·E: “the personification of an artificial intelligence, as a personal assistant helping a person complete their work”

I’ve never before, in my life, witnessed the release of a new technology that I knew was going to fundamentally change the world. The impact will be as large, if not larger than the Internet itself, and even the Internet took a couple decades to catch on and change everything.

I’m talking, of course, about artificial intelligence. Specifically OpenAI’s ChatGPT. In case you missed it, this month an AI chatbot based on OpenAI’s GPT-3.5 language model (an improved version of GPT-3) was released to the public, for free (for now).

We’ve heard rumors of these types of AI before (I even talked about the ex-Googler who quit because he argued the AI was actually sentient in a past newsletter) but never had a chance to play with one before.

It created a buzz the likes of which I’ve never seen before. I think Paul Graham says it best (emphasis mine):

The striking thing about the reaction to ChatGPT is not just the number of people who are blown away by it, but who they are. These are not people who get excited by every shiny new thing. Clearly something big is happening.

It’s fun to play with, but has real-world practical uses as well. I’ve been using it since its release, and it’s already helped me finish writing an app that was only about 30% done after having worked on it for months. It’s also provided a fantastic assist with writing some complex excel formulas.

Many people are looking at this technology and thinking that this AI is so good that it will soon replace us. I strongly disagree.

At its core, this form of AI is really just a radical new form of abstraction.

The abstraction that I’m talking about here is a concept that will be familiar to developers, while less concrete to everyone else. Abstraction is best thought of as a ladder. And the higher up the ladder you go, the more abstract the idea; the further down, the more concrete.

With Google search, you first need to know how to search, then you have to suss through all the results to try and find the answer you want. It’s a specialized skillset.

With ChatGPT, all that vanishes. You can ask it general or highly-specific questions, in plain English, and get useful results, in plain English. If you need more info, you just ask — it remembers the conversation and can modify its answer. It’s the ultimate abstraction layer.

It’s not perfect. It’s still not as good as experts. For these people, working with ChatGPT in their field of expertise won’t have much of an impact. But most people aren’t experts, and should see a tangible productivity boost when partnering with ChatGPT.

There are still a lot of open questions about where this technology will take us over the next decade. I think we’ll start to see this type of technology permeate everywhere in our lives, in the same way the Internet became ubiquitous.

ChatGPT works best when thought of as a collaboration partner that is always motivated, ready-to-help, and contains a universe of information.

Here are my predictions for the future with AI:

An atomic bomb just exploded, and the world will never be the same.