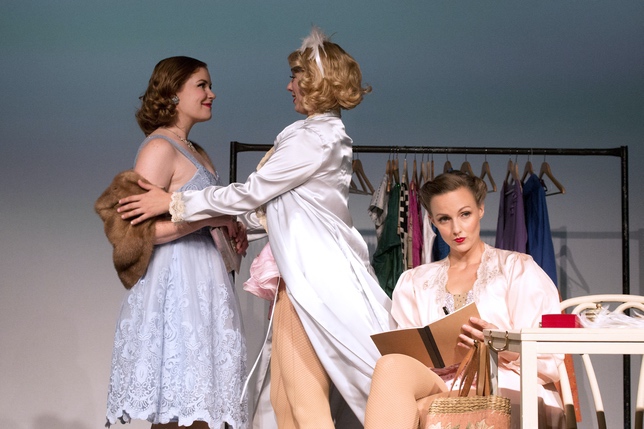 This post was originally sent to Combustion Collective newsletter subscribers on July 12th, 2019. The Floorshow had a week-long run in September 2019.

Photographs in this article are from that world-premiere production, taken by Michael Bonasio.

The Floorshow is my first full-length script, and the experience was unlike any of my past writing experiences. A one act or a piece of short prose can often be written in a single session. But a full-length play requires incremental steps building up to a larger whole, and the juggling of a significantly larger number of pieces.

It’s been about two years since we started writing, and I’ve learned a lot along the way. Now that The Floorshow is getting a full production in September, I wanted to share some of the lessons I learned during the writing process. 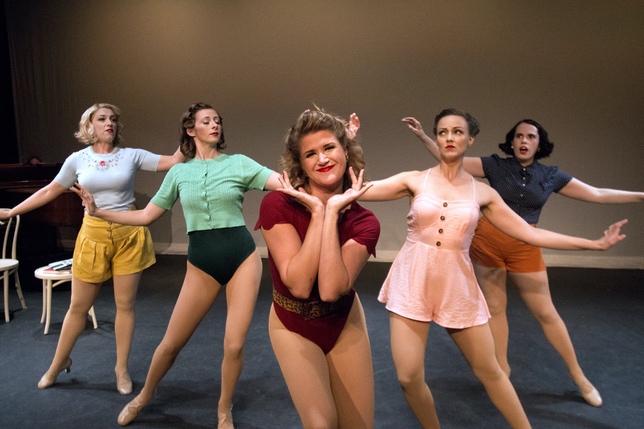 The Floorshow started as just a vague premise: a group of tap-dancing showgirls in the 1950s face an adversity. Rather than focusing on fleshing out that plot, we first went directly to character development. Who were these girls? What were their backgrounds, their motivations, and connections to each other?

The first words of the play weren’t a scene, but a writing exercise about characters. We knew that we wanted to explore the lives of girls with vastly different financial means, so we came up with the well-to-do Claire and Carol, and farm-girl Mary. From there, we filled in the details, such as childhood, family, and how each came to be a performer in New York City. We slowly added other characters, and worked out these same details for each.

When we finally wrote the first scene of the play, it didn’t start with a dance (as it does in the current version) but with a series of letters written by each girl. In this initial draft, a spotlight would illuminate each girl one by one as she read her letter home. We spent a lot of time crafting these letters, and each popped with the girls’ personalities.

But after getting this scene on its feet, we quickly saw that it wasn’t working. It was too much exposition, and none of the details stuck. But while the scene was scrapped, these letters proved to be enormously helpful when writing the first draft of the script. With both our initial character-writing exercise and these detailed letters, we had fleshed-out characters to serve as the play’s foundation. When we put girls in a new scene, these personalities drove the story forward, with our plot outline simply steering the direction. 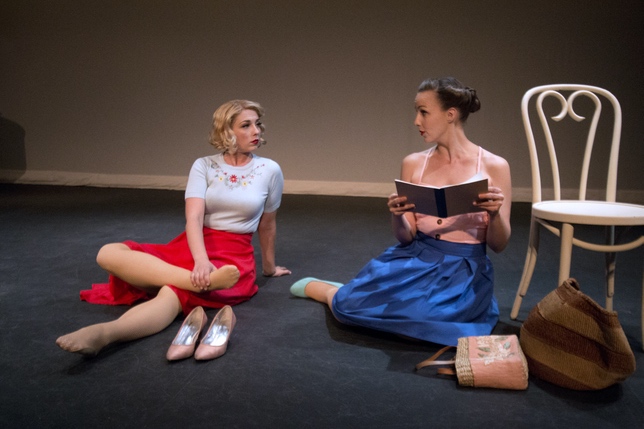 2. The real writing happens in the revisions

We’re currently on draft 31 of The Floorshow, with nine of those drafts being major revisions (with our current naming structure, the most up-to-date script is version 9.6). The original play isn’t even recognizable when compared to the most recent version. Scenes have been added and removed, plot points changed, and characters completely overhauled.

Getting that first draft on paper is hard. As writers, we want all our writing to be good, but the fact remains that first drafts are rarely good. It can be hard to force yourself to write badly, because you have such a clear image in your head of what you want to do, but you’re unable to actually execute that goal with words on the page.

It’s these times of struggle that I always come back to Anne Lamott’s “shitty first drafts.” No writer, regardless of talent, really knows what they’re doing until they’ve done it. You just have to get that shitty first draft out on paper, and then work through it slowly and meticulously until it improves piece by piece.

This is where having a writing partner truly helped the process. Avi and I would discuss a new scene, but when I’d sit down to write, I’d come up blank. I’d come crawling to her to put those very first words on paper, and suddenly I’d be able to use that to form the scene.

But having that scene is just the beginning, because it’s going to change an untold number of times before you’re through. 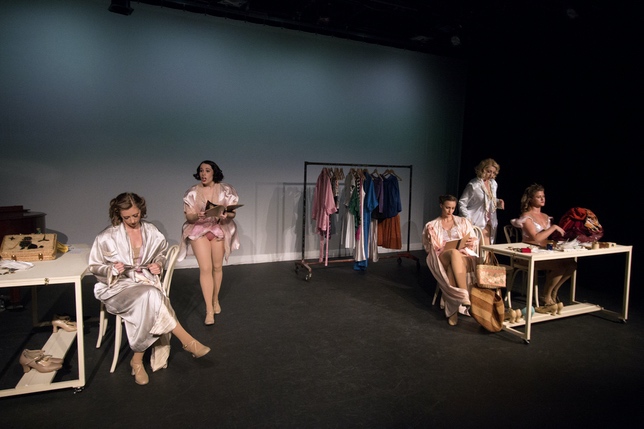 3. Everything changes when it’s read aloud

Private script-reading sessions have been a vital part of The Floorshow’s development. Every few months, we’d invite a small group of girls over to our apartment to read the script aloud. Sometimes scenes would play out as we expected, but more often than not (especially in the beginning) my notepad would be filled with moments that didn’t land as I intended.

My most common note-to-self was just one word: awkward. The dialog sounded so good in my head but simply didn’t work when read aloud. Why is this character hammering this one point over and over? Would she really phrase that line in that way? Why is her response so curt?

These readings were always followed by a discussion, which proved to be extremely helpful. We went into these talkbacks with two goals in mind:

Each reading session resulted in a major overhaul of the script. I’d start with my notes and Avi’s notes, fixing all the awkward moments and making other small script fixes. Then we’d tackle the bigger changes, either leaning in to ideas we discussed, or changing things completely so they were no longer issues.

Private readings were a useful tool when we hit a wall revising the script ourselves. They always moved the script forward in a big way. 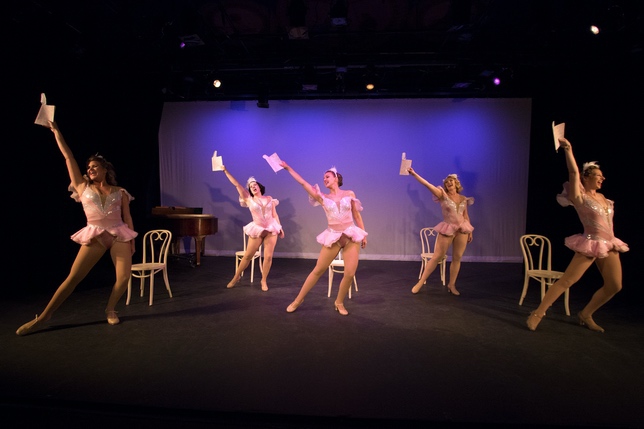 4. You’ll have to cut some of your favorite lines

For those of you who attended the Industry Reading last November, you may notice some rather large script changes in our upcoming production. These revisions go beyond clarifying plot points and fleshing out characters, and we feel bring an added layer of depth to the play that was missing from previous versions.

These changes make the play significantly stronger as a whole, but they were hard. Perhaps the hardest changes since we started writing two years ago. There were moments that worked so well in my mind, and landed perfectly in our private readings, but fell flat in front of an audience. The joke just didn’t land. The moment just didn’t feel genuine.

But as William Faulkner said: “You must kill all your darlings.” We as writers will always have our favorite bits of writing. A joke that we worked really hard on, or a monologue that seemed to touch the emotional core of the play. But just because we love these “darlings” doesn’t mean they’re going to work as intended. And when a moment such as this is identified, you sometimes need to leave it on the cutting room floor. It can hurt when you’re doing it, but your play will be much stronger in the long term.

When you write a play, it doesn’t matter how you intended a scene to play out. It only matters how the audience interprets that scene. Once it’s performed, it no longer belongs to the author. It belongs to the viewers. 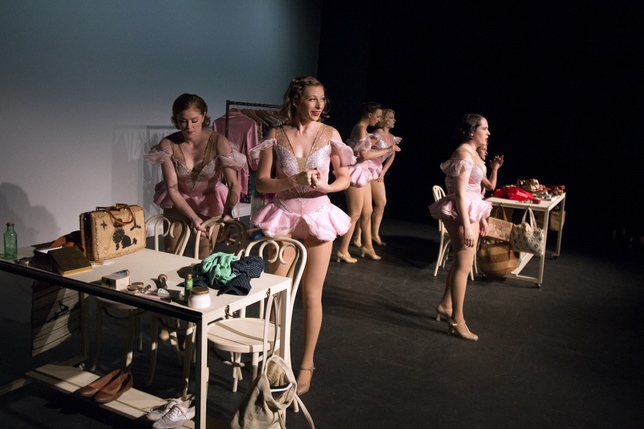 Most famous writers will tell you that if you want to be a writer yourself, you need to set aside time every day for writing. Jerry Seinfeld has the famous “Don’t Break the Chain” technique. Stephen King describes, in his book On Writing, how he doesn’t leave his desk each day until he has ten pages (~2,000 words). To be a professional writer you need to make it your job and do it every day. The advice is good, but not everyone wants to be a professional writer. For those of us who take writing seriously, but aren’t trying to be the next Stephen King or Jerry Seinfeld, advice like this can be paralyzing. If I’m not going to write every day, should I even write at all?

One of my most important realizations about my own creativity and productivity is that it naturally ebbs and flows. I’ll go through periods of time where I’m extremely productive, starting and completing large projects within a two week period, or tackling tasks I’ve been putting off for years.

Other times (possibly even a majority of the time), I just can’t seem to find the motivation to get much done. I know that I should re-write that scene, or take that course, or study that topic, but it’s just not happening.

But after every ebb always seems to come a flow. The secret to productivity, at least for me, is being able to recognize the stage that I’m currently in, and take advantage of it to the fullest.

The Floorshow went through periods of drastic progress followed by long stretches of inactivity. This allowed me to become fully absorbed in the world of the play during the times of writing, and also giving the script room to breath in between.

Each time I came back to the script after an ebb, whether it lasted a couple weeks or a month, it was like I came to it with fresh eyes. I’d see details I had missed before, and have new creative ways to solve previously-unsolvable problems.

Maybe you’re more like Seinfeld or King, and need to create every day in order to be productive. But that’s not the only way to be. Humans aren’t productivity machines, and there’s no reason to force it upon yourself. What really matters is the ability to create a final product, whether that happens at a steady pace or within natural sprints of creativity.

Interested in checking out the The Floorshow for yourself? Download the full script and let me know what you think!

Being plucked from obscurity
How launching my first website changed my life
My best of 2020: A year in review